Slot games have been for a long time been divided into various categories and sub-categories. Slot games are divided according to some ways such as traditional formats, gameplay features and the type of game manufacturer. Slot game sub-division has been done in various online casino websites where players additional impact the opportunity of choosing a game they would love to play. They can either choose to play for free or for real money.

Importance of additional reels and columns 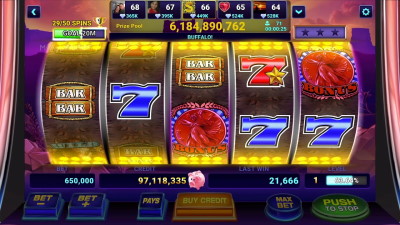 Slot players have never really understood the impact additional rows, columns or reels have on their chances of winning. This is because as expected from most slot games all a player has to do to land wins is match various symbols from left to right across machines on one or more pay lines. This makes the player not want to learn more about the roles played by reels, rows, symbols or columns.

The slot machine almost does all the work for the player; it tells them when they land wins, when they land a jackpot prize and when they are taken to the next bonus round. It is, however, important for players to note that additional rows and columns of symbols in a slot game have a lot to do with the style of gameplay offered in the game. This means that slot developers add more positions in a game to increase the amount of design space that they can work with.

Players will get to understand that 6-reel slot game typically mean that they get to play with 6-reels instead of the usual 3-reels or 5-reels. The 6-reel slots can either be accompanied by the conventional 3×6 or 4. These slots will give players a range of opportunities at every spin meaning that the greatest prizes are awarded to players when they have combinations of six symbols in a row. This will be a bit difficult to achieve but the rewards are greater.

Six reels will allow players to play on hundreds of paylines all at once. They will also give them plenty of options in how many wins can be created as well in addition to more paylines that may be used on smaller machines.

Traditionally, six reel slot games have their origin from the popular land-based slot machines developed by Williams Interactive. The six reel slot games come in two types one is the regular slots that feature four rows and 6 reels and the other is the Reel Boost games that have staggered reels. 6-reel slots machine games have various features, and this includes up to 4, 096 pay lines that can be played Any Way, several free spins round and Lots of Wilds and Wild Multipliers.

For players to be given as many paylines as possible the regular 6-reel slots are played across four rows. This can give a player over 4,000 paylines when wins are calculated after hitting matching symbols on adjacent symbols. The reel boost 6-reel slots have various features including staggered reels from two to seven symbols per reel, stacked symbols and wilds on all reels and 192 paylines that cover all options.

The Reel Boost slots are different in terms of layout of the reels. The reels are six in number but reel one has just two symbols, reel two has 3 symbols and reel 6 has seven symbols. The symbols in this 6-reel slots machine appear stacked for greater wins.

Land-based casinos do not have an option of 6-reel slots. However, there are plenty of them in online casinos. In online casinos, players will notice two very popular six reel machine games. There is the Red Flag Fleet slot machine that is a creation of WMS Gaming developers. The slot game has a pirate theme with a bit of Chinese twist. The slot game utilizes the pyramid layout and the first reel in this slot game has two symbols on it.

The number of symbols in this game increases by two every time a player moves to the right. This is to mean that the sixth reel will have seven positions. The slot game makes use of the all ways format thus a player will be playing 192 lines on every spin. Adding stacked symbols will give you a huge potential of landing massive wins every time you play.

The other 6-reel slot game machine is the Germinator. This slot game is a creation of Microgaming. It features a number of disease-causing germs although players will seem to get amused by them rather than disgusted. They will be money making germs when played on a slot machine. The slot game will feature a Medi Bonus round where players will enjoy various cascading reels. The game will also feature a six by six screen layout.

6-reel slots games will favor players who enjoy changes. It will give them a whole different outlook of slot games.