One common thing among Germans is that they are known for their creative ideas. They are always designing and developing stuff. The various great engineers in the world and great footballers are all German bred. Well, enough of the German people. Let’s take our focus to Bally Wulff, a game developer that was launched in the year 1950 in Berlin, Germany by one Gunter Wulff. Just as mentioned above Germans have a thing with creativeness; that is why one of their own managed to enter into the e-gaming sector, and he did that pretty well.

However, in the beginning, the Bally Wulff game developers focused on the development of arcade games. They also created several slot machines such as the first game with a German theme on the wild joker. This was built in 1963; in 1972 some developers and interested parties in the overseas countries noticed the Company’s success and they managed to purchase the software game developers. These interested parties were the Bally Manufacturing Corporation. This is among the greatest manufacturing companies in the world as of today.

After the two companies merged they re-branded their name to Bally Wulff. They worked together in the development of various casino products including some pinball machines and arcade games for players all over the gambling world. They also managed to create some fitness equipment and other machines as they developed.

In this article, you will get to know more about the Bally Wulff slots.

Bally Wulff in the Present

In the present days, Bally Wulff is part of the Schmidt Group which is a partnership since the year 2007. They are currently focusing on Italy and Spain and of course Germany, which is their home market. They are also focused on developing their category of online slot machine games. One thing about Bally Wulff is that they did not settle for just arcade game development but also managed to create several other things about fitness programs.

They are known in the fitness market globally due to their zeal in creating fitness equipment. They also have a name in the venue management industry. They are focused on developing new games for other countries as well.

Bally Wulff goes all the way back to 1950. The Company first established itself as a small scale manufacturer of gaming and entertainment machines at that time. In 1972, the original Bally Wulff Company was acquired by Bally Manufacturing Company which is an American Company that focuses on creating their distribution network. After the Company had been acquired, it went on to create great milestones in the development of over 10,000 Rotoron gaming machine units.

There Rototron game machine units were among the first in the production of laser beam games for the SEGA and also those who were among the first to introduce the Magic Jackpot games. This was the first jackpot system in the German betting market. In the present, the company has been able to undergo an ownership change, and it recently belongs to the SCHMIDT Group since 2007.

SCHMIDT Group is the largest supplier of various IT serves, real estate sectors and fitness industries in Germany.

Outside Germany, the Company has been able to expand its horizons in both the Italian and Spanish gambling sectors. 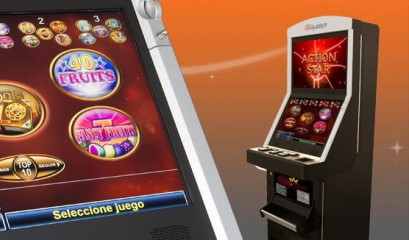 The Bally Wulf Software Company has a magnificent representation regarding how it handles its business. It is mostly a German Corporation that can develop efficient machines and also has a human side to it. There is a Bally Wulff Capital Club that can organize various intra-industry get-together and seminars that allow exchange between the companies and other customers. This makes sure that everybody in the casino industry is satisfied.

The Company is just not involved in creating entertainment content for gamblers but also ensures that the entertainment offered is widespread and all people from the gambling world are given an opportunity to enjoy these games. They have created a Bally Wulff foundation that can support some children and various young people from Berlin’s neighborhood known as Neukolln. The Company can provide charity items such as Foosball tables, laptops and bicycles.

The Charity network is found in various social clubs and schools in the Neukolln district.

Bally Wulff software game developer is one of the leading manufacturers of land-based slot games. They are also able to provide their services to catering establishments. They can recognize the gap in the gambling industry and work hard to fill it. They have been able to do this by creating a range of slot machine titles in various casinos . During a recent meeting, the Company announced that they would be able to distribute their Bally Wulff Slots on the SkillOnNet Casino network. They have done this in various regulated gambling websites such as SlotsMagic, EU Casino and Casino Red Kings.

The Casinos are licensed by the UK Gambling Commission and the Malta Gaming Authority. This makes them have a wide network of casino operators throughout the entire gambling world. Some casino websites run by Bally Wulf developer have greater German focus including Stae 7, Blue Lions Casino and DrueckGlueck. There are other five reels themed video slot games that the Bally Wulff Company has been able to develop. There are traditional slot games that include Fancy Fruits, Stick Diamonds and Fruit Mania all that have fruit themes.

The slot games have five pay lines, ten pay lines and they do not have bonus features. The games also have wild symbols and free spins. This will give you the opportunity of landing frequent wins. Another slot game produced by Bally Wulff Technology is the Exploding with five reels with ten pay lines. There are also some fruit symbols such as watermelons, grapes, oranges, melons, cherries and plums. There is also an explosive bomb symbol that can turn nine adjacent reel positions in various wild icons.

The video slots also feature some themes ranging from magic, fantasy and history. There other unique Bally Wulff slots that include Crystal Ball and Magic Book. They can incorporate some symbols of the mystical world that include spells, enchantments, wizards and some other magical bonus features. The Software Company also has some slot titles with ancient Rome theories such as Ancient Rome, Hellenistic Egypt, and Medieval Egypt. The slot games feature fantastic designs and amazing background music. There are also some rewarding bonus features such as free spins and wilds.

A Gamble with Every Game

The machines offered by Bally Wulf Software Company are quite many, and all have special specifications, and they all have a part to play in the casino. The casino has plenty of hardware with various game portals that can fit into casino specifications and also into what the player likes. Bally Wulff slots have wide, slanted machines with additional top screens and wall-mounted widescreen machines with a multi-screen setup. There are also some slim-line game machines.

The physical game machines have software that is programmed to feature some game packages. Each of these game packages has different game catalogues with various gameplay capabilities including auto play start features and quick spins. The games come coupled with some winning opportunities. There are free spins and some rewarding bonus features. The standard gamble games can appear in every slot machine. There are two gamble games in the casino games such as the 50/50 card based gamble and the unique prize ladder.